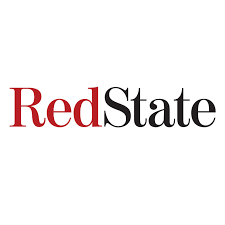 W.I.M.P.: Did Adjudication of These Votes Provide The Hologram’s Margin of Victory?

All eyes are on the ongoing forensic audit in Arizona despite fierce Democrat resistance:

Other audits are likely in Georgia, New Hampshire, and Wisconsin. But is there something else that has been overlooked in the frenzy to investigate or suppress (depending on one’s political persuasions) claims of “election irregularities” during the 2020 election? Retired senior DoD analyst Ray Blehar has examined an underreported election story pertaining to write-in and minor party ballots/votes. His investigation has resulted in some startling conclusions and a working theory: that Biden’s margin of victory in several key states could have been provided by shifting write-in and minor party ballots through ballot adjudication.

Let us examine his statistical analysis and conclusions in more detail. First, a definition of terms:

Write-in ballots. These are ballots marked by voters who choose to vote for a candidate other than those listed on the printed ballots.

Minor party ballots. These are ballots marked for candidates of minor parties who were qualified to be on the election slate, such as the Libertarian Party, the Green Party, and the Constitution Party. Approved minor party candidates will vary by state, depending on qualification requirements.

WIMP. This is an acronym that stands for the sum of write-in and minor party ballots in a given state.

Adjudication. This is a manual process by which the “intent of the individual voter” is determined when a given ballot cannot be determined by automated tabulation devices.  Adjudicated ballots are typically write-in ballots, mismarked ballots (double votes), misaligned ballots, and other categories. Note: it is also possible to program voting machines in order to recognize a “straight party” ballot as misaligned and automatically sending it to the manual adjudication process. Adjudication is really where the vote shifting happens, particularly if the election officials in a given precinct are all from one political party and/or vote shifting malware has “infected” tabulation devices.

Read the rest of this article on Wisconsin HERE