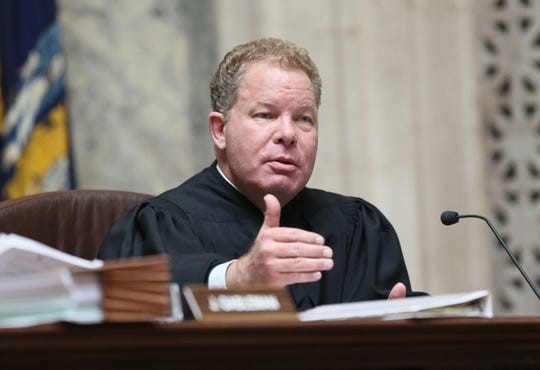 After a lifetime of practicing law in Wisconsin, Justice Daniel Kelly was appointed to the Supreme Court in 2016 following the retirement of Justice David Prosser.

One of seven brothers and sisters, Dan graduated from Carroll College (now University) and Regent University School of Law, where he was the founding editor-in-chief of the law review. He started his legal career as a law clerk for the late Judge Ralph Adam Fine of the Wisconsin Court of Appeals. Kelly then spent two decades representing clients on a wide variety of legal issues, including the Wisconsin Supreme Court and U.S. Supreme Court. Kelly developed a specialty working on complex cases that protect our constitutional rights.

Justice Kelly is a member of the Carroll University President’s Advisory Council. He and his wife Elisa (a nurse) live in North Prairie with their five children, where they are active in their church and community.